Born in Flames is a 1983 documentary-style feminist science fiction film by Lizzie Borden that explores racism, classism, sexism and heterosexism in an alternative United States Socialist Democracy. Among the feminist voices in the film are two contrasting pirate radio stations and a Women’s Army. It is a classic feminist film that tries to imagine sexual politics differently, but offers no simple solutions.

The University of Salford Radical Studies Network seminar: ‘Shot by both sides: punk, politics and the end of consensus’ by Matthew Worley.
The seminar will examine the ways in which political organisations of the far left and far right responded to punk-informed youth culture in Britain during the late 1970s. Will Jackson and Waqas Tufail will talk on ‘Policing disorder in the regenerating city’.
3pm-5pm Working Class Movement Library
All welcome, admission free. Further information from radicalstudiesnnetwork@gmail.com

The Workers Educational Association “Socialist Theatre” Class, which has been running at WCML this Spring, will be putting on a dramatic presentation next Thursday, 26th April. The presentation, Entitled –“Who were they, why did they go and how did they get there!” is about the volunteers who went to fight for the Spanish Republic against Franco’s fascists.

During the course, the group studied different styles of Left Theatre, including Banner Theatre’s “Saltley Gates”. They were then asked to compile a short drama in that style.

Come along and see how they did, and maybe find out something about the people who fought in Spain.

The WCML has several exhibits on show about the Spanish Civil war and much material in its archives.

“Who were they, why did they go and how did they get there!” lasts about twenty minutes and will be followed by a short discussion about the type of person who volunteered for Spain and what struggles they’d be involved in today if they were around.

Every Thursday from 26th April onwards

If underpants, sex, gravy and Keith Moon giving the Queen Mother drumming lessons are more your thing, then this could be the verbal romp you’ve been waiting for…..

Socialist feminist writer and activist Sheila Rowbotham will give the lecture, which is entitled ‘Dreamers of a new day: British and American women’s alternative economic visions in the late 19th and early 20th centuries’.
Sheila Rowbotham draws on her most recent book, ‘Dreamers of a new day: women who Invented the twentieth century’ to show the range of ideas and plans women devised for a better society. While some have entered our daily lives many are yet to be realised and are still relevant today
2pm at the Old Fire Station, just down the Crescent from the Library.
All welcome, admission free.

A change of plan for the Manchester Zapatista Solidarity Group Fundraiser to celebrate 18 years of the Zapatista Uprising: the example shows that another world IS possible, and we want to let it inspire us.

Entry is free, food (including vegan options) and drinks are available but people have to pay for them. There is a DJ for the party and members of the last international observation brigade will come to give a short report. All donations made will go towards the Zapatista prisoners.

Join us for ‘A Common Affair’, a day long celebration of the finest DIY and self-published art work that Manchester has to offer. We promise a room teaming with talent, spilling over with prints, zines, comics and more. Loosen your purse strings and feast your eyes upon the endless booty. Twelve teetering stalls of print heavy visuals and merchandise. Not only that but A Common Affair is proud to boast performances from Brown Brogues, Sex Hands and Former Bullies plus an all star hand picked DJ line up.

Quiet Loner will be recording his new album ‘Greedy Magicians’ with a live audience. The album is a collection of contemporary political protest songs seething with disgust and shot through with melancholy at the state of our coalition-led nation.  All attendees with receive a free copy of the album on release later in 2012. 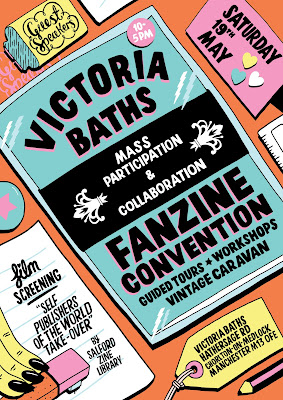