Shelagh Delaney grew up in Salford and came to fame in the late 1950s with her play A Taste of Honey, staged by Joan Littlewood, and later filmed by Tony Richardson. Her work for television has often been overlooked.

The House That Jack Built was broadcast by the BBC in the summer of 1977 and has never been repeated or released on DVD. The six 30 minute plays tell the story of the marriage of Jack (played by Duggie Brown) and Lou (played by Sharon Duce) over ten years. The Mary Quaile Club is showing this series by special arrangement with the British Film Institute.

In an interview Shelagh said of the drama, “Well I suppose they lose their innocence. That’s what the play is really about. They learn they’ve got to put up with things they don’t really want to put up with…certain aspects of each other. Jack’s head is full of ideas. He’s a poet. They are building something physical and emotional and sometime something collapses and they build it up again. They are concerned with timeless things like money food and sex. Jack and Lu are both very sexy. They enjoy sex. But there isn’t a bedroom scene in the plays. The audience expects explicit sex, but it’s more potent when it isn’t explicit.”

Nancy Banks Smith wrote in her review in The Guardian, “It had one of the finest openings since Damn said The Duchess. Enter the bride spectacularly drunk. As Jack the groom described it diplomatically ‘You danced every dance, you told a couple of jokes and when you’d had enough you fell down.’ This turned the traditional wedding night on its head with bride vowing – over and above love and honour – total future abstinence…I quite see that all this may wrinkle the nose of the more fastidious among us, but don’t read what I say, do what I do. Watch it..”

The House That Jack Built is being shown in two halves of 90 minutes each with an intermission for refreshments. Entrance is £5 (£4 for members of Equity, Musicians’ Union and the Writers Guild).

Advance booking is strongly recommended for this one-off event as seating is limited. Please email: maryquaileclub@gmail.com

This screening has been sponsored by Gill and Trevor Griffiths.

We discuss the subcultural roots of night life culture and what is happening to night-life in Manchester and the UK in the context of austerity, growing gentrification and dispossession. We ask what does it take for a space to be truly accessible? How can nightlife be truly radical? How can we resist commercialisation and reclaim progressive cultures of the night?

Entry is FREE but places are limited so please register: https://www.eventbrite.co.uk/e/radical-space-is-the-place-panel-discussion-tickets-29028634427

Residence brings together residents from some of the best underground music nights in Manchester.

This sessions brings you:

House and techno all night long.

We are raising money for a permanent space for Partisan. Learn more and donate here: http://www.spacehive.com/partisancollective

Tickets: FREE to members, £5 to others, £2 unwaged
To become a member simply donate to our Crowdfunder. Membership gets you a range of other benefits (as well as supporting Partisan).

Forty years ago in August 1976 six workers walked out of Grunwick Film Processing Laboratory in Willesden, thereby igniting an historic two-year dispute. They were soon joined by most of the workforce.

As the first workers left the factory, one – Jayaben Desai – offered a parting shot to the management: “What you are running here is not a factory, it is a zoo. But in a zoo there are many types of animals. Some are monkeys who dance on your fingertips, others are lions who can bite your head off. We are the lions, Mr Manager.”

At this event we will be screening a 60 minute documentary The Great Grunwick Strike, made in 2008 by Chris Thomas for Brent Trades Council. This tells the story of the strike, and includes interview with the strikers and their supporters.

Our speakers at this event will be

Sujata Aurora, Chair of the Grunwick 40 Steering Group, an alliance of Brent-based trade unionists and community campaigners formed to mark the 40th anniversary of the Grunwick strike. She has been active in anti-racist and solidarity movements for three decades
Lisa Turnbull from the Durham Teaching Assistants, a group of mainly women workers who are facing huge wage cuts imposed by Labour-controlled Durham County Council and have voted overwhelmingly to strike.
This event has been organised in conjunction with the Manchester and Salford branch of the National Union of Journalists and Manchester Trades Union Council.

Tea and cakes will be served at the end. Entrance is free with ac ollection to defray expenses.

Guidance on how to find the Working Class Movement Library can be found here.

Seating is limited in the Annexe so to be sure of a seat at this event please book in advance: maryquaileclub@gmail.com 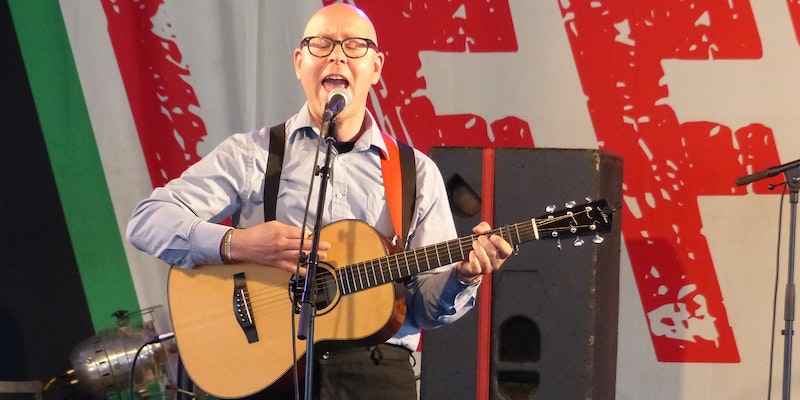 An Evening with Quiet Loner

Free but register at:
https://www.eventbrite.co.uk/e/an-evening-with-quiet-loner-tickets-27413386176

After Party at Islington Mill with the Autonomads, Attempts, Holiday, Coproach and Lab Rats.

Anything we should include? Drop us a line at radio@underthepavement.org